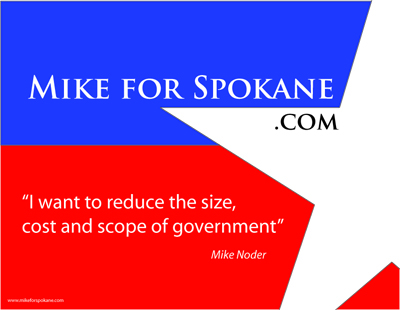 After visiting with the North Indian Trail Neighborhood on June 14th, I have the impression this community is struggling to resolve three primary issues:

1. A private development that that has been rejected by the city, but now is heading to court.

3. The after tax cost of city utilities.

The neighborhood also has a few general public safety matters to keep an eye on, as all neighborhoods do:

I believe that impact fees are an excuse for poor management of city resources. The cost of government should be distributed fairly and evenly among all residences and businesses.  City services should be delivered on 50 or 100 year budget cycles, making the cost fairly uniform and predictable.  Technological and managerial efficiencies should be steadily incorporated to keep the long-term cost trend in a stable or downward direction.   The City should not penalize an individual or business for moving into Spokane and helping us support our most basic services.

My goal for the city of Spokane is a cost of city utilities averaging in the bottom 25% of the nation.

The dispute involving the private development is not a matter that I have sufficient information to comment on.  I generally support private property rights, but recognize the restraints the city imposes on some construction and expansion to keep peace among neighborhoods.  The community does not automatically bear all additional impacts of private or commercial expansion. ~ Mike Noder