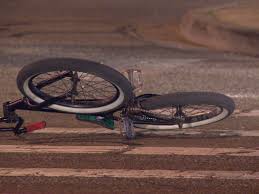 The independent police report involving a sheriff car/bicycle fatality in the valley was released.  Private investigators are calling it b.s. and it appears taxpayers can expect to pay another large settlement.
See the entire 632 page report here.

The new Spokane Ombudsman Committee is unlikely to address continuing problems with city/police management.  The independent report provided enough details that professional law enforcement individuals believe the credibility of the Spokane Police Department and County Sheriff’s office have been undermined by this investigation of a car/bicycle accident on a public street.

The above also calls into question the ability and intent of the local press.  Glaring inconsistencies in a basic law enforcement matter is of no consequence, but the County Sheriff standing on a symbol of American Liberty in the imagination of militant liberals is front page news?